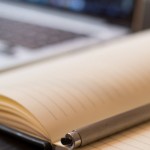 Jennifer Abel is an American writer who began her career in print media three minutes before the Internet killed the industry.

After starting at a small Connecticut daily she moved to the Hartford Advocate, an alt-weekly where her journalistic coups included infiltrating a Furries convention and working on a phone sex line (which fired her six hours later). Since then she’s written for, or been reprinted in, dozens of print and web outlets, including Playboy, the Guardian, Salon, AlterNet, Mashable, the Daily Dot and pretty much every website with the words “cannabis” or “legalize it” in the title.

Once, when she was young and naïve and needed the money, she unwittingly edited SEO copy for a spammer. However, in light of the spambot comments she’s deleted from her own blogs since then, she figures she’s more than repaid that particular karmic debt. Jennifer is currently looking for professional, non-spam writing jobs; interested editors are enthusiastically invited to e-mail her.

originally published in the Hartford Advocate

The DMV hates your phone voice (no offense). We tried reaching them on the phone and were sent on a great Mario-Brothers-like adventure. So you’d better try to talk to them in person instead.

An online search for Web pages containing the phrases “Department of Motor Vehicles” and “Hell” yielded nearly 63,000 hits, though a more refined search for “Hell” and “Connecticut DMV customer-service phone tree” showed no responses at all.

This glaring omission demonstrates why you can’t rely too much on the Internet for information. Or maybe it just shows the strangeness of the thoughts you get after your seventh or eighth hour spent climbing the branches of that non-hellish (according to the Internet) phone tree at the DMV’s “Telephone Center.”

END_OF_DOCUMENT_TOKEN_TO_BE_REPLACED 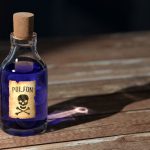 Originally published in The Guardian

In America there are plenty of scare stories about the “obesity epidemic”, which is caused by too many Yanks eating too much junk food, and does bad things to public-health statistics. Clearly this obesity problem needs solving, and here’s how: poison the nation’s sugar and fat supply so anyone who eats too much will immediately drop dead, and serve as a warning to children and other impressionables.

Why not? Last week, science writer Deborah Blum reported the US government pulled a similar stunt during prohibition, only with alcohol rather than sweets. Since bootleggers often stole industrial-grade alcohol to resell in drinkable form, the feds figured they’d dissuade potential customers by ordering industrial alcohol manufacturers to spike their wares with poison. Over Christmas 1926 the toxic hooch killed 31 partygoers in New York City alone; estimates for the poison programme’s total death toll go as high as 10,000.

END_OF_DOCUMENT_TOKEN_TO_BE_REPLACED 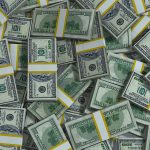 You already know to be wary whenever you go online, so you don’t fall prey to the various types of scammers, thieves, con artists, hackers, malware-writers and other threats that proliferate on the Internet.

And if you’re looking for love in an online dating site you must be extra-careful, because looking for love already leaves you emotionally vulnerable, but you can’t let that vulnerability bleed over into other realms as well.

A woman in Indiana learned that the hard way this month, after losing over $150,000 to an online scammer whom she’d thought was a local man falling in love with her.